Can I Eat Soya Chunks Daily?

Soya chunk is a new type of food, and it is the gospel of many vegetarians. The taste of soya chunks is similar to animal meat, but it does not contain fat and cholesterol. Its protein content is comparable to animal meat, so many people now in pursuit of health, soya chunks will be used instead of animal meat.Soya chunks are now very common and accepted by the public. Are soya chunks as healthy as we know? Can we eat soya chunks every day?

Soya chunk is a new type of food that is processed by low-temperature defatted soybean meal, protein concentrate or protein isolate by high temperature and high pressure in an extruder. The protein content is equivalent to the protein content of meat, eggs, and milk. Soya chunks can promote metabolism faster, strengthen muscles, and make our skin, hair and bones healthier.It seems that eating soya chunk is very good for us. But we must know that no matter what kind of food, as long as it is consumed in excess, it will bring harm to our health. 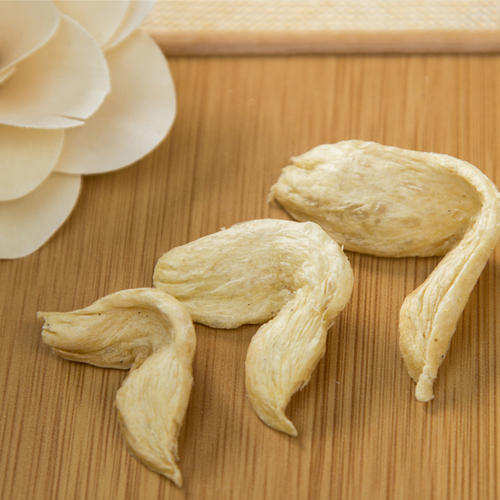 Soya chunks are rich in protein. If they are eaten in large amounts, the protein cannot be digested and absorbed. Too much protein will increase the level of uric acid in the human body. It will damage the kidneys and cause the deposition of uric acid crystals around the joints so that cause pain. Secondly, for men, a large amount of soya chunks will increase the level of estrogen in the body. And for women, mood swings will occur, leading to gaining weight and acne.

Therefore, it is very necessary to eat soya chunks in moderation. Of course, we can eat soya chunks every day, but we must ensure that the amount of soya chunks eaten every day is between 25g and 30g. In this way, we can keep healthy while maintaining good health and get the highest nutrition in soya chunks.

The soybean meat machine produced by Shandong Loyal Industrial Co., Ltd. is of very high quality. The equipment is made of food-grade stainless steel. The production speed is fast and the production quality is high. The soya chunks produced are rich in nutrients and have a very good taste. It has received more attention among similar products on the market. The company can provide manufacturers with high-quality soya chunks formulas, as well as a variety of mold types, allowing manufacturers to further expand their production scale.If you have special needs, you can contact us. Our engineers will provide you with the most satisfactory solution to make your production smoother. At the same time, our baby food production line, biscuit production line and bread crumb production line are leading the industry status. We are also looking forward to cooperating with you!Soya chunk is a very healthy vegetarian food, which can be eaten every day. But the consumption must be controlled and kept between 25 grams and 30 grams. Only in this way can we make our bodies healthier.