The snack food industry is familiar to us. With the improvement of living standards, snack food has become a popular food.And there are many different types for us to choose. Nowadays, kurkure as a new snack food is widely welcomed by the public, especially among young people.The love of kurkure even exceeds other snack foods.

Kurkure has become a new type of food. But the controversy about kurkure has never stopped. Many people think that kurkure is not a healthy food and will bring many health risks to the body. Will eating kurkure increase weight?

Let us first understand what kurkure is. Kurkure is a special extruded snack with a very crisp taste. It is made of corn flour as the main raw material, mixed with water, spices and other raw materials through a mixer.And then squeezed by an extruder. It is twisted and made into irregular curls, then cut into different lengths. And finally fried or baked for seasoning. Kurkure is also popular with the public because of its rich taste. 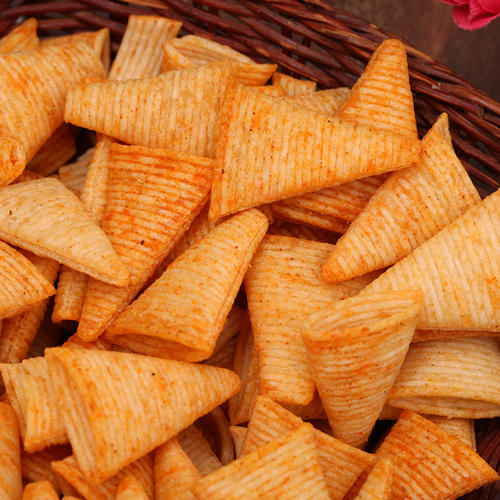 From the raw material point of view, kurkure is very healthy. It is a pure vegetarian food and does not contain unfavorable factors such as animal oil. However, it is worth noting that kurkure will add salt during the production process, and some flavors will also add sugar. After frying, it will also absorb a lot of calories, which will significantly increase the fat content of kurkure. If consumed in large quantities, it will increase the risk of gaining weight.

Therefore, kurkure, just like other snack foods, can only be eaten as a snack, and must not be eaten in large quantities. Large amounts of consumption will cause harm to the human body. Our daily diet should still be based on fruits and vegetables.

Shandong Loyal Industrial Co., Ltd. is a professional food production machinery, and has a very deep research on a variety of food machinery, such as biscuit production line, bread crumb production line and kurkure production line. Each type of equipment has very high sales. Exported to many countries and regions, and established a sound market network in the local area.

Our kurkure production lines are made of high-quality food-grade stainless steel and internationally renowned accessories. The quality is very reliable, has a long use time, and the failure rate is very low. The use of the machine is also very simple, and the production efficiency is very high. The most important thing is that the production line has a high cost performance, and the manufacturer can obtain the highest economic benefits with the lowest investment.

Kurkure is a very healthy food, but the premise of its health is that if it is eaten in moderation, there is a risk of gaining weight if eaten in large amounts.