If you have ever been to a Chinese restaurant, you may have noticed that they offer a lot of tofu dishes. This is because tofu is very popular in Chinese cuisine, and it has many health benefits. Tofu is made by curdling soy milk, which is pressed into soft cakes. The cakes are then sliced and served with different sauces or cooked with meat or vegetables.

What is a Soya Meat Making Machine?

Soya Meat Making Machine, also named soya sausage making machine, is a kind of food processing equipment for the production of meat products. It can be applied to various types of food industry and is widely used in restaurants, hotels, supermarkets and other places.

The main components of this machine are imported from America, Germany and Japan. The complete set includes two-roomed automatic production line, with all kinds of filling, stuffing and forming equipment. The whole machine adopts the advanced electrical control system. It is easy to operate and clean after production.

It has high automation degree and reasonable design. It can produce various kinds of sausages with different shapes and sizes according to customers' requirements. 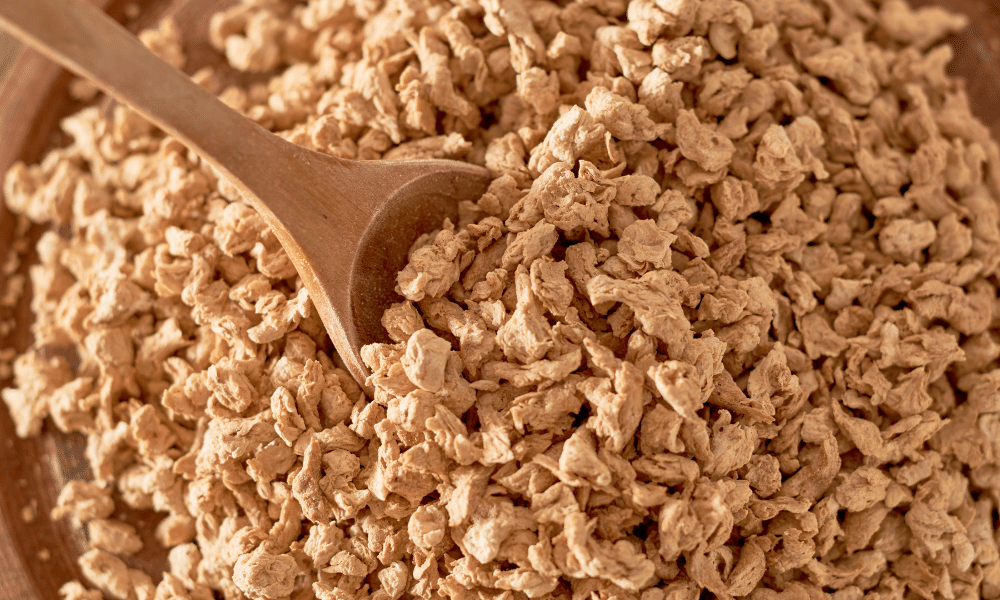 Why Should I Buy a Soy Meat Making Machine?

Soy protein products are becoming increasingly popular with consumers who want to reduce their meat intake or avoid all animal products. They are also becoming more popular with food manufacturers who want to add more protein to their products, without adding saturated fat and cholesterol. In fact, some manufacturers have started producing soy-based meat substitutes that taste just like real meat!

If you are interested in making your own soy meat product, then you need a soy meat making machine. These machines can be used to make soy burgers, soy sausages and other foods that contain soy protein isolates. This is ideal if you want to control what goes into your food and how it is processed, but do not want the expense of buying a commercial restaurant or catering business. You can also use these machines to sell your products at farmers markets or online stores.

What are the benefits of a Soya Meat Making Machine?

Soya meat making machine is a kind of new food processing equipment. It can be used to make soya meat, tofu and other similar products.

Soya meat making machine is a kind of new food processing equipment. It can be used to make soya meat, tofu and other similar products. The process is like this: after the raw materials are processed into powder form, it will be mixed with water through a homogenizer to produce slurry; then the slurry will be transferred into a coating machine for coating; after drying, it will become the final product. The main components of Soya Meat Making Machine are barrel type extruder (including single screw extruder), feed hopper, barrel heater, barrel cooling system with water spray device etc.

Where to Buy a Soya Meat Making Machine?

Soya meat is a very healthy meat substitute that tastes just like the real thing. The only difference is that it’s much lower in fat and cholesterol. It can be used as a meat extender in many dishes, or even as a main course. It is also very versatile, so you can use it for burgers, sausages, shepherds pie and many more recipes.

The best place to buy soyabeef is from a trusted supplier with a wide range of products to choose from. If you have never made soyabeef before then the easiest way to start would be by using a machine like this one:

This machine is great because it will take all of the hard work out of making your own soyabeef! It comes fully assembled and ready to go right out of the box, with everything included except for the ingredients needed for making your own soyabeef. All you need to do is add some water, beans and seasoning into the hopper at the top where they will be mixed together until they reach the perfect consistency before being extruded out of the bottom of the machine into molds or trays ready for cooking in your oven or freezer

How to Buy a Soya Meat Making Machine

Soya meat making machine is used to make "soya meat" from soya beans. It's a new product in the market. The soya meat is an alternative food for the carnivorous, which can be made into sausages, hamburgers, steak and so on.

Soya meat is a kind of protein that contains all essential amino acids. It has no cholesterol and fat, low calorie and high nutrition value. In addition, it tastes very similar to meat and is also easy to cook.

The soya meat making machine mainly consists of two parts: cooking part (cooking chamber) and pressing part (press chamber). In order to make the best use of the material and reduce energy consumption, this two-part structure has been designed according to the principle of natural convection flow.

Making soy meat is a simple process. All you need is the right kind of machine and a little bit of time and patience. The first step is to clean the soybeans by removing their husks. You can do this by rubbing them between your hands or using a grinder if you have one.

Next comes the cooking stage and here, you will need to turn on your soy meat making machine and start cooking the beans until they become soft enough to be processed further into meat. If you don't have an automatic soy meat making machine, then you can cook them on a stove top or in an oven at 200 degrees Fahrenheit for about five minutes.

Once cooked, put them into your soy meat making machine and let it grind them into fine powder. Put some water in there as well so that the resulting mixture becomes softer and easier to use when making meatballs or burgers from scratch later on.

It's very important that you keep stirring while grinding so as not to burn any part of your mixture or create clumps that would ruin your final product too much when it comes to taste or quality.

It's easy to get excited about the prospect of making your own tofu or tempeh, using a soya meat maker. But it's also important to consider what some potential problems might be if you buy a soya meat maker--and how the machine can fit into your life before you make a purchase.