Home > Technical Blog > Is Kurkure Made Of Plastic?

Is Kurkure Made Of Plastic?

With the improvement of the economic level, the way of life of the masses has also changed greatly. Especially the diversity in diet is more obvious. All kinds of delicacies emerge in endlessly, attracting the attention of countless people. But only high-quality food can survive for a long time. For some low-quality food, prosperity can only be short-lived.Kurkure is a controversial snack. Many people thought that kurkure was made of plastic. This is mainly because if kurkure is ignited, kurkure will catch fire and burn. Therefore, kurkure was once considered a low-quality food, and many people were discouraged from it. So is kurkure really made of plastic?Of course the answer is no!Kurkure is made with corn, rice, wheat, oats, barley, etc. as the main raw materials. At the same time, using cream, chocolate, fruit paste, jujube paste and jelly as fillings, the taste will be very rich. The main reason kurkure catches fire is that kurkure is deep-fried during the production process. This results in a very high oil content in kurkure, so it will catch fire and burn after being ignited. In fact, most fried foods or foods with high fat content will burn. Kurkure is not a special case.Secondly, if manufacturers want to develop in the long term, they must ensure the safety and quality of food. It is impossible to use plastic to make snacks, and that would be of no benefit to manufacturers.After everyone has been scientifically proven to resolve misunderstandings for kurkure, kurkure has become one of the most popular snacks. Its unique taste makes it always occupy a very important position in the snack world. More and more manufacturers begin to produce Kurkure. If you want to produce a better quality Kurkure, you need to use the Kurkure Production Line. 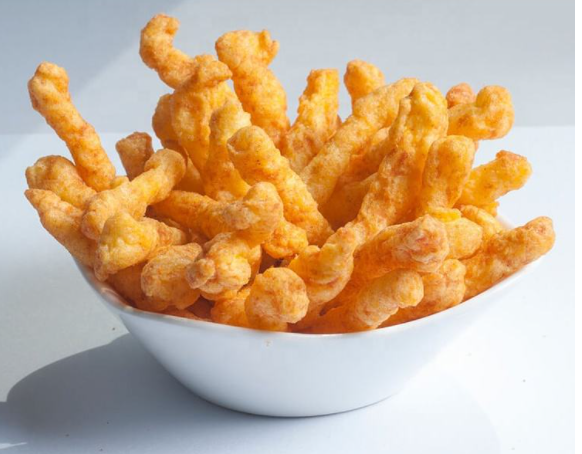 As a professional food machinery manufacturer, we have many years of production and R&D experience. The Kurkure Production Line produced has been exported to the United States, Canada, Brazil and other countries and regions, and has won many loyal customers. High quality is the basic standard of our production equipment. Our Kurkure Production Line machine is made of food grade stainless steel, and the accessories are all internationally renowned accessories. The quality is very reliable, the use time is long, and the failure rate is low.The most important thing is that the production line is very efficient. The highly automated production method does not require extra labor, and only needs to change the mold to produce a variety of different shapes of snacks. It has a wide range of uses and can provide manufacturers with a variety of different options. If you need it, please feel free to contact us. Our instant noodle production line, baby rice noodle production line and bean meat machine have always been among the best.Kurkure is a very, very healthy food, not made of plastic. You can eat it with confidence, but you should also eat it in moderation!