The improvement of people's living standards has led to a sharp increase in the demand for food. A single diet can no longer meet the needs of the public. Unique taste and rich nutrition are the basic requirements of modern people for diet. This also makes major food manufacturers devote themselves to the research and development of more delicious foods.Kurkure is a popular new type of food that has been strongly sought after by the public once it was launched. But at the same time kurkure is also a controversial food. Because some people think that kurkure is made of plastic, and some people think that kurkure is made of lard. Various rumors believe that kurkure is an unhealthy food. 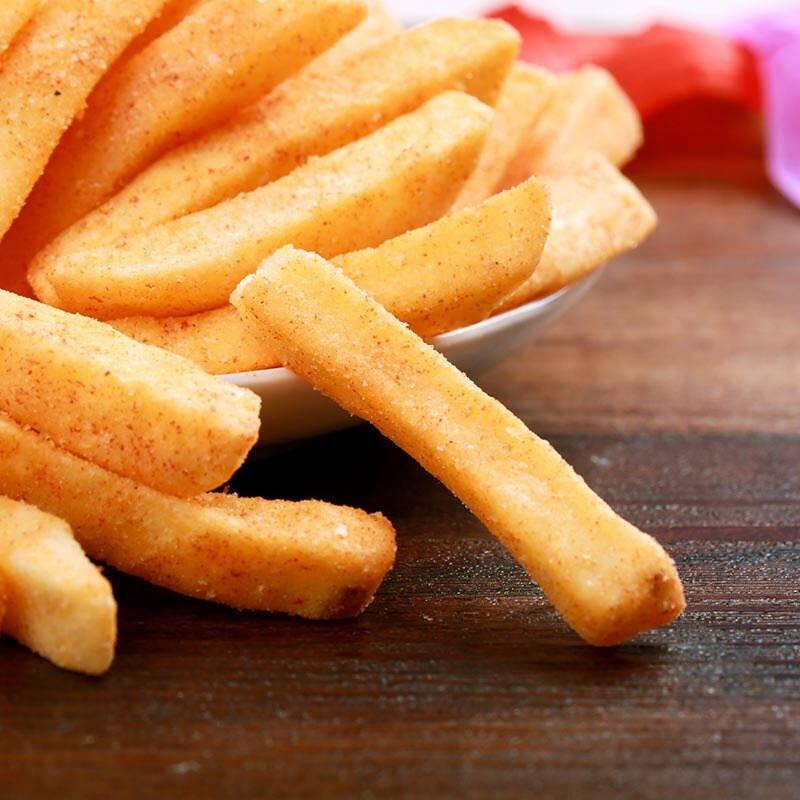 So is kurkure really unhealthy? Is kurkure a vegetarian food?Kurkure is made with rice noodles, vegetable oil, spices, salt, onion powder and garlic powder. It can be seen from the raw materials that they are all vegetarian. The oil is also vegetable oil, and no lard is added during the production process. Therefore, kurkure is a genuine vegetarian food. For some vegetarians, you can safely eat kurkure.At the same time, kurkure is also a very healthy food, which will not bring health risks to the human body.As for some people think that kurkure is made of plastic, I believe everyone has already understood the truth. Because kurkure frying absorbs a lot of oil, it will be ignited on fire. Many fat-rich foods will be ignited. Therefore, it is completely a rumor that kurkure is made of plastic. On the contrary, kurkure is a healthy vegetarian food.Although kurkure is a vegetarian food, you can't eat more. Because the calories of kurkure will increase after frying, the added spices etc. will also have a bad effect on the human body if consumed in large amounts. Not only kurkure, but the food we usually eat, even if we like to eat it, we can’t eat more.In order to be able to produce popular kurkure, manufacturers will use the kurkure production line. Shandong Loyal Industrial Co.,Ltd. is a professional food machinery manufacturer. The snack food extruder, baby food production line and kurkure production line are all very cost-effective. It has been exported to many countries and regions.The kurkure production line is made of food-grade stainless steel, the motor uses Siemens motors, and the accessories use internationally renowned brands. The entire production line has very high quality, is not easy to be damaged, has a long use time, and is easy to maintain. Production efficiency and production quality are in a leading position among similar equipment. The manufacturers who have used our equipment have given us very good reviews. Our Loyal equipment also helped customers get more orders.Use the kurkure production line to produce clean and hygienic kurkure. At the same time, kurkure is also a vegetarian food with a rich taste. Compared with other foods such as potato chips and French fries, it is much healthier, and it is a great snack for leisure and entertainment!