Does soya chunks cause gas?

Soy nuggets have now become a perfect substitute for meat products. It has many significant advantages. The most obvious is that the protein content in soy nuggets is very high. Even significantly higher than that of animal meat. Secondly, the fat content is very low.And It does not contain cholesterol and other unfavorable factors, which is healthier than animal meat products. Eating animal meat will make people gain weight and easily cause many diseases.So it is very reliable to use soybean nuggets instead.In addition, the soy nuggets taste very rich. Both the taste and tenacity are similar to animal meat.And they can also provide us with rich protein. Therefore, the soy nuggets have now become one of the most popular vegetarian foods. But the controversy about soy nuggets has never stopped. For example, will soy nuggets cause gas production in the human body?Excessive gas in the human body will make us feel very uncomfortable. And bloating will greatly affect our daily life, work and study. In fact, if we do not control the amount of soy nuggets.It will increase the gas in our body.This is mainly because soy nuggets are made with soybeans as the main raw material. And the carbohydrates in these soy-based soy nuggets are mainly oligosaccharides.They are not easy to be digested by the human body and need to be fermented by bacteria in the large intestine. Solution, resulting in a large amount of gas.In addition, soy nuggets contain more protein. Although this is a generally welcomed advantage, if you eat a lot of soy nuggets.This will become a disadvantage, because a large amount of protein cannot be completely absorbed by the intestinal tract.And the remaining After the protein is broken down, there will be a feeling of flatulence. 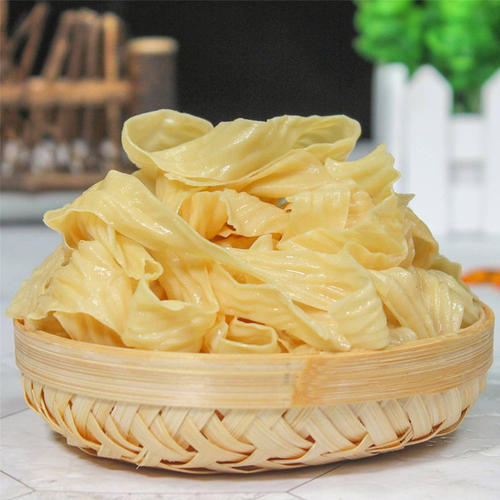 In general, if consumed in moderation, soy nuggets will not increase the gas in the body. But if consumed in large amounts, it will increase the gas in the body and cause discomfort such as bloating. In fact, no matter what kind of food can not be eaten too much at one time, a reasonable diet can bring out the greatest value of food.Soybean nuggets are now a very popular vegetarian food. And the market prospect is very broad. More and more manufacturers are beginning to put into production. The use of soybean meat machines will make the production of manufacturers more smooth.The soybean meat machine produced by Shandong Loyal Industrial Co., Ltd. is of high quality, low price, high cost performance, very reliable quality, stable performance.It can be used for a long time, and can produce soybean blocks of different shapes. The highly automated production method also enables the bean meat machine to have a very high production efficiency.It is the key for the manufacturer to expand the production scale. In addition, the company's biscuit production line, bread crumb production line and snack food extruder are all well received.Although soy nuggets are a high-quality substitute for meat products, for the sake of health, they must be eaten in moderation. Otherwise it will cause an increase in gas in the body. A reasonable diet can make our bodies healthier.