Home > Technical Blog > What are the two main components of cattle feed?

What are the two main components of cattle feed?

Cattle are herbivorous animals, and most of the grasses, straws, and grains can be used as cattle feed. The nutritional composition and nutritional value of each feed are different. So in order to make good use of these feeds for raising cattle, we must first classify them.

At present, the common types of feed for cattle are divided into six categories: roughage, concentrated feed, succulent feed, animal feed, mineral feed, and feed additives. Feed Production Line can produce different kinds of feed. What are the two main components of cattle feed? The ingredients of different types of cattle feed are also different. The following is a detailed introduction of these types of feed. 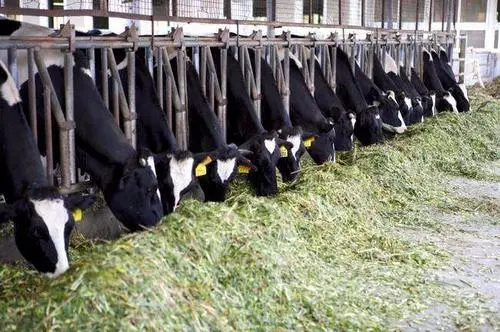 Feeds with crude fiber content greater than or equal to 18% in the dry matter are collectively referred to as coarse feeds. Roughage is the main feed for cattle, which mainly includes hay, straw, greenfeed, and silage.

(1) hay: for the moisture content of less than 15% of the wild or artificial cultivation of grass or leguminous forage. Such as wild hay (autumn white grass), sheep grass, ryegrass, alfalfa, etc.

(4) Silage: It is a feed made from green fodder or green crop stalks, which are crushed, compacted, and sealed by lactic acid fermentation. Water content is generally 65%-75%, pH 4.2 or so. The water content of 45-55% silage is called low water silage or semi-dry silage, pH 4.5 or so.

Feed with less than 18% crude fiber content in dry matter and a moisture content of more than 75% is called a juicy feed. There are two main types: roots, tubers, fruits, vegetables, and dregs.

Source from the products of animals and animal products processing by-products called an animal feed. Such as milk, milk powder, fish meal, bone meal, meat, and bone meal, blood meal, feather meal, silkworm chrysalis, and other dry matter whose crude protein content is greater than or equal to 20%, are protein supplements; such as beef tallow, lard and other dry matter crude protein content is less than 20%, is an energy feed. For example, bone meal, eggshell meal, shell meal, etc., belong to mineral feed for the purpose of supplementing calcium and phosphorus. 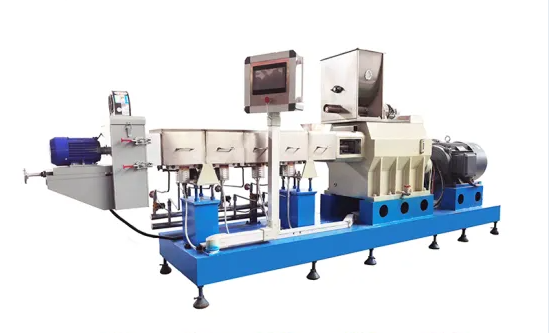 Natural minerals available for feeding, called mineral feed, to supplement calcium, phosphorus, magnesium, potassium, sodium, chloride, sulfur, and other macronutrients (accounting for more than 0.01% of body weight of elements) for the purpose. Such as salt, stone powder, calcium sulfate, eggshell powder, etc., is a kind of cattle feed to supplement the minerals needed for the growth of beef cattle.

These are the common feeds for cattle. Through the above introduction, I believe you all have a certain understanding of this. Feed Production Line can produce a variety of types of feed, in addition to cattle feed, can also produce feed for other animals. One machine has multiple functions and has been widely used.