Should we eat kurkure?

Kurkure is a new type of snacks, which is quite different from the snacks we usually eat. It is similar to cheese, but it tastes crispy. And there are many flavors for customers to choose. Its unique taste has attracted a large number of loyal fans. Many people love kurkure, but kurkure is a more controversial food.The controversy about kurkure has never stopped. Many people think that kurkure is a very unhealthy snack, and some even think that kurkure is made of plastic, so we should refuse to eat kurkure.So can we eat kurkure?First of all, we need to be clear that no harmful substances are added in the production process of kurkure. They are mainly corn, rice, wheat, oats, barley, etc, which are used as coatings. And cream, chocolate, fruit paste, jujube paste, jelly, etc. are used as coatings. The stuffing is made of very healthy raw materials and will not cause harm to our body.The problem of kurkure catching fire is also very easy to understand, because the main raw material of kurkure is starch. So a large amount of oil will be absorbed during the frying process. After the fat is too much, it will naturally catch fire if it is ignited. In fact, it is not only kurkure, but many Fat-rich and relatively dry foods will catch fire after being ignited. So it is a rumor that kurkure is made of plastic, which is very unbelievable. 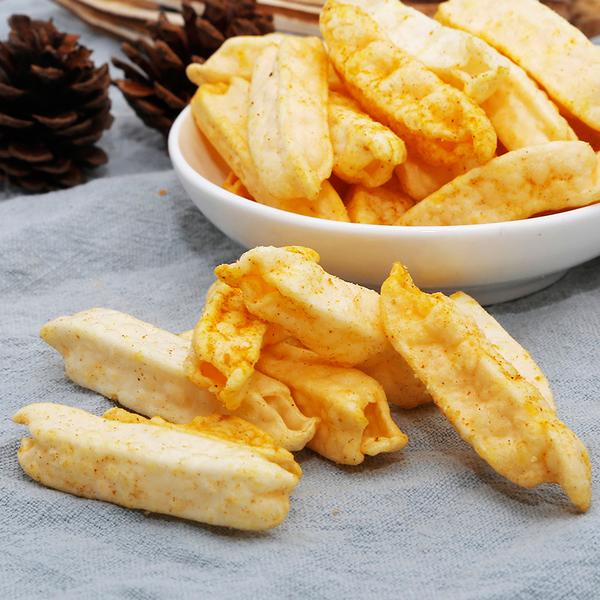 In summary, kurkure is edible like most snacks, but like most snacks, it can only be eaten occasionally and not in excess. Because these snacks are made with salt and some spices, etc., the calories will also increase after being fried. Therefore, various snacks including kurkure can only be eaten occasionally and not in large quantities, otherwise it will bring a certain burden amount to the body. But it is worth noting that kurkure is healthier than foods such as French fries.Nowadays, the sales of kurkure are only increasing. More and more people are aware of such a delicacy and are crazy about it. This has attracted a large number of manufacturers to start producing kurkure, which has also led to the kurkure production line becoming a hot equipment.Shandong Loyal Industrial Co.,Ltd. is a professional manufacturer of kurkure production line. It has many years of research and development experience and customers are all over the world. The production line has high quality and long use time. It can produce a variety of different types of kurkure snacks. By adjusting the mold in the extruder, it can be made into various shapes and has a wide range of uses.In order to allow more manufacturers to achieve smooth production, we can provide manufacturers with installation services and maintenance services for free, so as to solve all the worries of customers. You can contact us if you have any needs, and we will definitely provide you with a perfect solution.Kurkure is a popular snack, not only edible, but also very delicious. I believe that the market will be more extensive in the future, and now is the best time to seize the opportunity!